Dana Castro is responsible for Event Production at BootstrapLabs, a leading Venture Capital firm based in Silicon Valley and focused on Applied Artificial Intelligence.

Working in concert with the rest of the BootstrapLabs team, Dana is the mastermind behind the production of the annual BootstrapLabs Applied Artificial Intelligence Conference.

Dana is passionate about experiences. She studied fine arts and her producing career started in film then parlayed into event production and event marketing. Dana has brought to event marketing a keen eye for aesthetics, 360 storytelling, and an understanding of building brand experiences.

Before joining BootstrapLabs, Dana was the Event Director for Gen Art, the leading arts and entertainment organization in the United States dedicated to showcasing emerging fashion designers, filmmakers, musicians and visual artists. 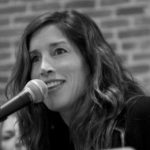