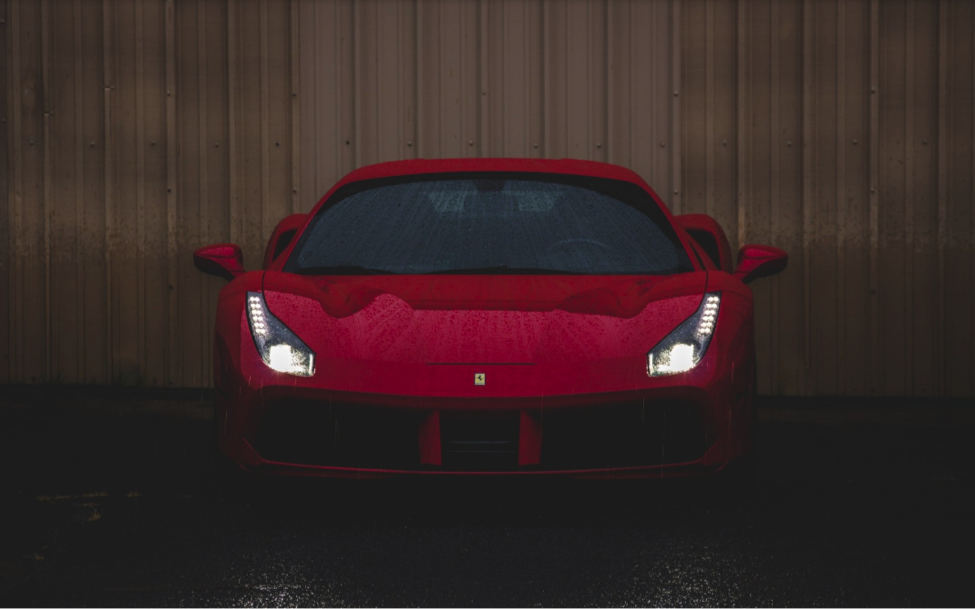 Driving used to be a pleasure: the open road, Sunday drives, cruising on Main Street. Now it is more of a chore: traffic jams, road rage, avoiding distracted drivers. While in the last few years we have advanced with capabilities such as Waze and Google Maps in our unending quest to dodge traffic and still make it home in time for a hot dinner, the thrill of being in the driver’s seat is waning.

Moreover, there are few things that we spend more time doing than commuting. “New survey data show the average American’s commute inched up to 26.9 minutes from 26.6 minutes the previous year [based on a one-way commute], according to the U.S. Census Bureau’s 2017 American Community Survey.”[2] US cities with the worst traffic have more than 40 minute one-way commutes.[3] Thus, many commuters spend more than an hour of every workday just driving; our time is being consumed by this stressful and unproductive activity.

So what might we do to realize the dual dreams of hassle-free, environmentally-friendly driving? One approach is to make our vehicles autonomous…to empower the car to do the thinking instead of the driver, and thus free us to do things other than focus on that next stop sign. Moreover, making autonomous vehicles (AVs) become electric vehicles (EVs) could be an even further victory for our environment.[6] This vision is being aggressively pursued by many companies and researchers; unfortunately, reality imposes several technical challenges.

Autonomous vehicles have been considered possible with the right technology aids almost since the first mass assembly car was manufactured.[7] However, only in the last decade have AVs been taken seriously with recent advances in computation and sensors. Perhaps starting with Google’s initially secret Waymo project – itself stemming from Larry Page’s undergraduate vision of being chauffeured around Stanford University campus autonomously – AVs have started to gain traction.[8] Nevertheless, there remain many fundamental challenges, both technical- and policy-related, before we can take our eyes off the road. The one we’d like to focus upon in this note is the need for power.

A few years ago, the only EV many Americans had ever seen was a golf cart.[9] Surprisingly, several of the first automobiles were all-electric in the late 1800s. Popular in cities (where one could get electricity), EVs fell out of favor with the introduction of the mass-produced Ford Model T car, followed by the discovery in the United States of cheap Texas crude oil. EVs all but disappeared by 1935.[10]

With advances in technology – especially batteries that offer range up to 300 miles on one charge – EVs have experienced a resurgence in popularity. “Today, there are 23 plug-in electric and 36 hybrid models available in a variety sizes.”[10] The United States just exceeded one million EVs on the road.[11] [12] One of the leading companies developing EVs is Elon Musk’s Tesla. The Tesla Model 3 and its other brands are wonders of technology.[13] However, despite full touch-screen for nearly all its controls and many other technology perks,[14] Tesla cars would be just hunks of metal without power, as well as the computers for autonomous controls.

Batteries have come a long way since Nikola Tesla himself did fundamental research on them in the late 1800s. Current go-to materials for EV power storage batteries include exotic compounds and elements such as nickel-cadmium, nickel-metal hydride, and lithium. “Lithium-ion (Li-ion) and Lithium-Iron-Phosphate (LiFePO4) cells have so far provided the biggest boost in energy density, between 300% and 400% more energy-dense than LA [lead-acid] batteries. Nissan Leaf, all Tesla vehicles, and most other electric cars and hybrid electric cars use Li-ion battery packs, though a few hybrid and electric car startups are toying with LiFePO4 chemistry.”[15]

Despite the popularity of Li-ion batteries, a lingering technical challenge is their long charge time and power required for each charge. A full-day charge for a Tesla Li-ion battery pack takes several hours and consumes about 2,500 Watts.[16] People who don’t have access to a charger at work typically charge their Tesla batteries overnight at home. Charging EVs puts a new strain on electrical grids.

Another option for powering EVs is the fuel cell, which has been around for decades.[17] “Like a battery, a fuel cell harnesses a chemical reaction to produce energy in the form of electricity. More specifically, hydrogen fuel cells generate electricity, water and heat from hydrogen and oxygen.”[18] A fundamental issue with hydrogen fuel cells is the storage of the hydrogen in the car before its use; one wants to have as much hydrogen as possible on-board in some compressed form to ensure long mileage. Simple hydrogen liquefication doesn’t go far enough; one must resort to trapping the H2 molecules inside or with other solid materials and then enabling their easy release.[19] Nanomaterials encapsulating or bonded to H2 have been researched for several years to do that.[20] Carbon buckyballs, nanotubes and other exotic molecular shapes have all been considered for their ability to store H2 and release it when needed. e.g., [21][22][23]

Despite their comparative environmental friendliness (hydrogen fuel cells emit only water vapor and warm air), fuel cells still have a ways to go before they can, if ever, usurp the efficiency and cost-effectiveness of batteries. “Hydrogen fuel cells offer a potentially very clean, energy dense and easy to recharge energy source for vehicles and other systems, but they are currently complicated, expensive and dangerous to operate. In comparison, lithium-ion batteries, although less energy dense and slower to recharge, are as clean, much cheaper, easier and safer to handle.”[18] Although a few models of automobile EVs powered by hydrogen fuel cells have been manufactured, they have not received wide adoption. Some fleets of buses, as well as forklifts, use hydrogen fuel cells. Wider adoption will require not only major advances in H2 storage capabilities, but also a substantially expanded fleet of charging stations dispersed across the United States.[24] For the next several years, we will most probably see hydrogen fuel cells in only limited use within EVs.

One doesn’t realize it after some experience, but the action of driving actually requires substantial attention and skill. Distracted driving (whether via texting, taking a phone call, or drunk driving) is well-documented to cause accidents.[25] Clearly, computers don’t have the social or biological needs that humans do, but ultimately AV systems still have several significant technical specifications for sensors and computation – a few examples include:[26]

The various challenges described above present unique opportunities, as well as the basic necessity, for Applied AI. As noted in a previous note from BootstrapLabs and FutureGrasp™, LLC,[32] AI can be leveraged positively for energy utilities. Similar thoughts apply in the context of EVs. Let’s review briefly how Applied AI can help us realize the dream of electrically powering AVs:

Advanced materials research. Over a hundred years ago, Thomas Alva Edison used a purely empirical approach to narrow his choice of a filament material for the first sustained light bulb. Later as computers became available, the ability to not only record data, but also to simulate how a material would behave with a given set of material properties and desired results became possible. Now with Applied AI we can take modeling advanced materials to a new level. Companies such as Citrine Informatics leverage AI and big data analytics to go way beyond the Edisonian approach. “Our platform ingests and analyzes vast quantities of technical data on materials, chemicals, and devices to streamline R&D, manufacturing, and supply chain operations for any organization that produces a physical product.”[33] Such AI-driven research can accelerate the development of new batteries and fuel cells. Instead of empirically assessing millions of compounds or spending countless hours programming and running simulations, AI can cut the time and budget spent on finding new advanced materials. Companies such as Toyota[34] and Tawaki,[35] as well as US Government efforts such as DARPA’s Make-It program[36] are using AI to tease out from Mother Nature new synthetic molecules that could be used in next-generation battery and fuel cell technologies.

Optimizing AV Performance. The aforementioned set of sensing and computation challenges for AVs all have two major issues in common: data and its processing. The sheer amount of data that a single AV accumulates on the road is astounding. “A single autonomous test vehicle produces about 30 TB per day, which is 3,000 times the scope of Twitter’s daily data.”[37] This volume of data overwhelms CPUs[38] or other lesser chips. On-edge computing (where the compute is done at the site of data generation) is also paramount as one would certainly prefer not to have loss of WiFi result in a sudden loss of computation and AV control. AI can assist with both these issues. Large data processing using AI with on-board GPU[39] packs is becoming now the go-to solution for AVs.[40][41]

Autonomous vehicles powered by electricity require that AI move out of university and industry labs and into the real world—that it is actually “applied.” One means of making that happen is through the creation of start-ups that have a vision of changing the world. BootstrapLabs, a venture capital group in San Francisco, recognizes that challenge and invests in founders that dream big and are solving today’s hardest problems by applying AI to shape a better future.

Across the spectrum of challenges within AVs and EVs, applied AI has the potential to help resolve thorny problems, whether they be in discovering the next-generation advanced material for batteries or fuel cells, or in optimizing datasets and their processing. Achieving the dream of powering AVs will require capabilities beyond what a human or even big data analytics can accomplish. Ultimately, AI can help us make driving a pleasure again.

[6] Of course, a debate rages about whether EVs are actually more environmental than cars with combustion engines. Electricity doesn’t just magically appear – it has to come from somewhere, and those energy sources themselves may be big polluters. One must crawl down the whole electron chain to learn whether the local energy utility is primarily burning fossil fuels or using renewable energy sources.

[9] Golf carts typically have speed-limit governors on them, as one author [TAC] experienced when he caddied in his teenage years. Some friends of his learned the hard way that disabling the governor still doesn’t give a cart enough power to jump a creek.

[10] “The History of the Electric Car,” September 15, 2014, Department of Energy, https://www.energy.gov/articles/history-electric-car

[11] M. Joselow, “The U.S. Has 1 Million Electric Vehicles, but Does It Matter?,” October 12, 2018, https://www.scientificamerican.com/article/the-u-s-has-1-million-electric-vehicles-but-does-it-matter/?utm_source=newsletter&utm_medium=email&utm_campaign=tech&utm_content=link&utm_term=2018-10-23_more-stories&spMailingID=57626706&spUserID=MTExNTAyMjAzODk1S0&spJobID=1503280707&spReportId=MTUwMzI4MDcwNwS2

[17] One author [TAC] saw a prototype hydrogen fuel cell car at General Motors (GM) in 1990 during his mechanical engineering summer internship there. Sadly, the vehicle never made it off the research floor.

[20] “Basic Research Needs for the Hydrogen Economy,” May 13-15, 2003, https://science.energy.gov/~/media/bes/pdf/reports/files/Basic_Research_Needs_for_the_Hydrogen_Economy_rpt.pdf

[30] N. Pinon, “Next-generation technology is coming to a self-driving car near you,” November 7, 2018, PhysOrg, https://phys.org/news/2018-11-next-generation-technology-self-driving-car.html

[40] See for example, NVIDIA’s overview of GPUs in AVs: https://www.nvidia.com/en-us/self-driving-cars/drive-platform/