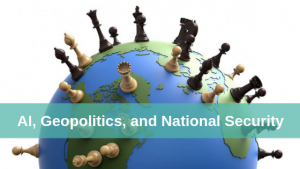 Your Information and Your Nation

Hacking is on the world stage again this week after Julian Assange, founder of WikiLeaks, was arrested in London and accused by U.S. authorities of conspiring with former Army intelligence officer Chelsea Manning leading to what is described as “one of the largest compromises of classified information in the history of the United States.” While some see Assange’s case as one strictly about freedom of speech and others see it as a question of security, his arrest brings the reality of hacking back into the spotlight, reminds governments and citizens alike about the potential vulnerability of the information they have stored digitally.

Experts suggest that this vulnerability can be pinned on the lack of attribution models, an integrated identity, and the complexity of establishing global privacy and ethical standards within the core building blocks of the Internet. While the general public watches tensions between super-powers mount on the international stage, trade tensions escalate, and the frequency and severity of cyber attacks amplify, what most don’t know is how artificial intelligence is playing an increasing role and intensifying what is at stake. This, of course, has not been lost on those in both the private and public sector who understand that how governments and the private sector engage with AI may very well dictate their future economic strength and security posture.  And yet, while many countries are active in AI, only a few have a planned national strategy for employing the technology.

As nations continue to invest in the implementation of AI, geopolitics will change irreversibly. But how remains to be seen. Experts from the United Nations and World Economic Forum explain what plans nations are already making at this year’s annual BootstrapLabs’ Applied AI Conference.

It is a critical time for nations as AI technology is rapidly developing and has already contributed to the exacerbation of state actors, terrorist organizations, and criminals’ political and ideologically motivated use of the internet for financial gain and power grabs. And when projecting into the future, some think things will only escalate, “Eventually geopolitics will no longer be territorial…but will reside mainly in the neuro- technological complex. We need to prepare ourselves for fierce power battles… plots, power grabs, secessions, manipulations, traitors and malevolence that will make the Wannacry and Petya viruses of spring 2017 seem harmless in comparison.”

But AI can also be applied as a method to not only alleviate such threats, but also strengthen our existing digital infrastructures and create stronger platforms for the future stability, economic prosperity, and security of our society, companies, and citizens. In a fireside chat at AAI19, specialists from U.S. Department of Homeland Security, Quantum Vault Inc., Atlas Organization, and MobiledgeX join to discuss what the industry can anticipate in the next few years across the security domains that AI will impact.

To further unpack the relationship between AI and national security, panelists from the Technology for Global Security, U.S. Department of Homeland Security, and Defense Innovation Unit discuss key topics covered in the annual unclassified US National Intelligence Report and what they are doing within their respective organizations to accelerate the discovery, development, vetting, adoption, and deployment of AI and other new technologies in service of protecting American lives and interests around the world.

Want to learn more about how to become engaged, what you can do, where you should look to get involved and have a broader impact, and how the Defense Innovation Unit and Department of Homeland Security are making it easier for companies to get engaged and navigate the federal marketplace? Then join us this Thursday at BootstrapLabs Applied AI Conference.