BoostrapLabs client Prezi, Inc closed a series A-round from Danish VC SunStone Capital. At the same time Twitter founder Jack Dorsey is coming onboard as an advisor to Prezi, to assist Prezi

BootstrapLabs has been working with Prezi since February this year; advicing the founders and helping establish strategy, roadmaps, funding and advisory members for it’s US establishment, and this week it is official that:

TechCrunch wrote about the funding round and there is more information on the Prezi blog as well.

Work together in real time with Prezi Meeting! 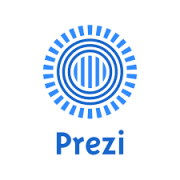 Prezi hits 30M+ users, doubling annually, and has ‘not used a dime’ of investors’ money