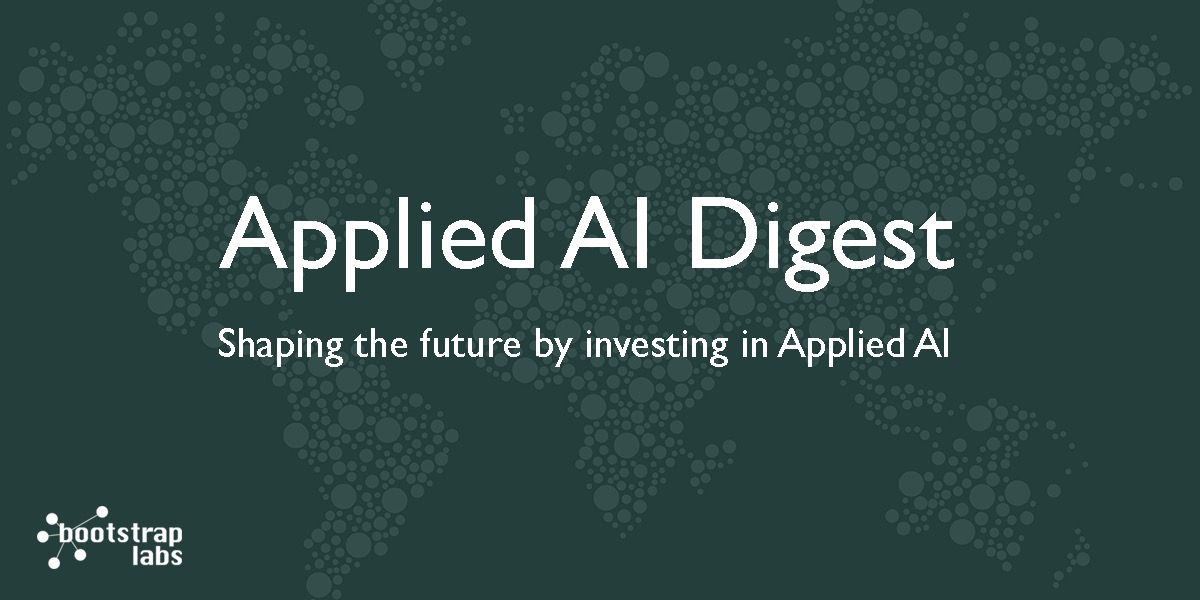 The latest Data, Insights, and Inspiration about Applied AI

Artificial intelligence has learned to probe the minds of other computers

Anyone who’s had a frustrating interaction with Siri or Alexa knows that digital assistants just don’t get humans. What they need is what psychologists call theory of mind, an awareness of others’ beliefs and desires…Read more

A New Frontier — the artificial intelligence, robotics and futuristic tech transforming our everyday

Improving Connectomics by an Order of Magnitude

The field of connectomics aims to comprehensively map the structure of the neuronal networks that are found in the nervous system, in order to better understand how the brain works… Read more

Artificial intelligence could be our saviour, according to the CEO of Google

“AI is probably the most important thing humanity has ever worked on. I think of it as something more profound than electricity or fire,” he said… Read more

Every week the BootstrapLab’s team curates the most interesting and current articles on Artificial Intelligence. To inspire you in 2018, we wanted to share our Applied AI Digest Review – a recap of all the major AI news and trends of 2017.

Not a subscriber to the BootstrapLabs Applied AI Digest?